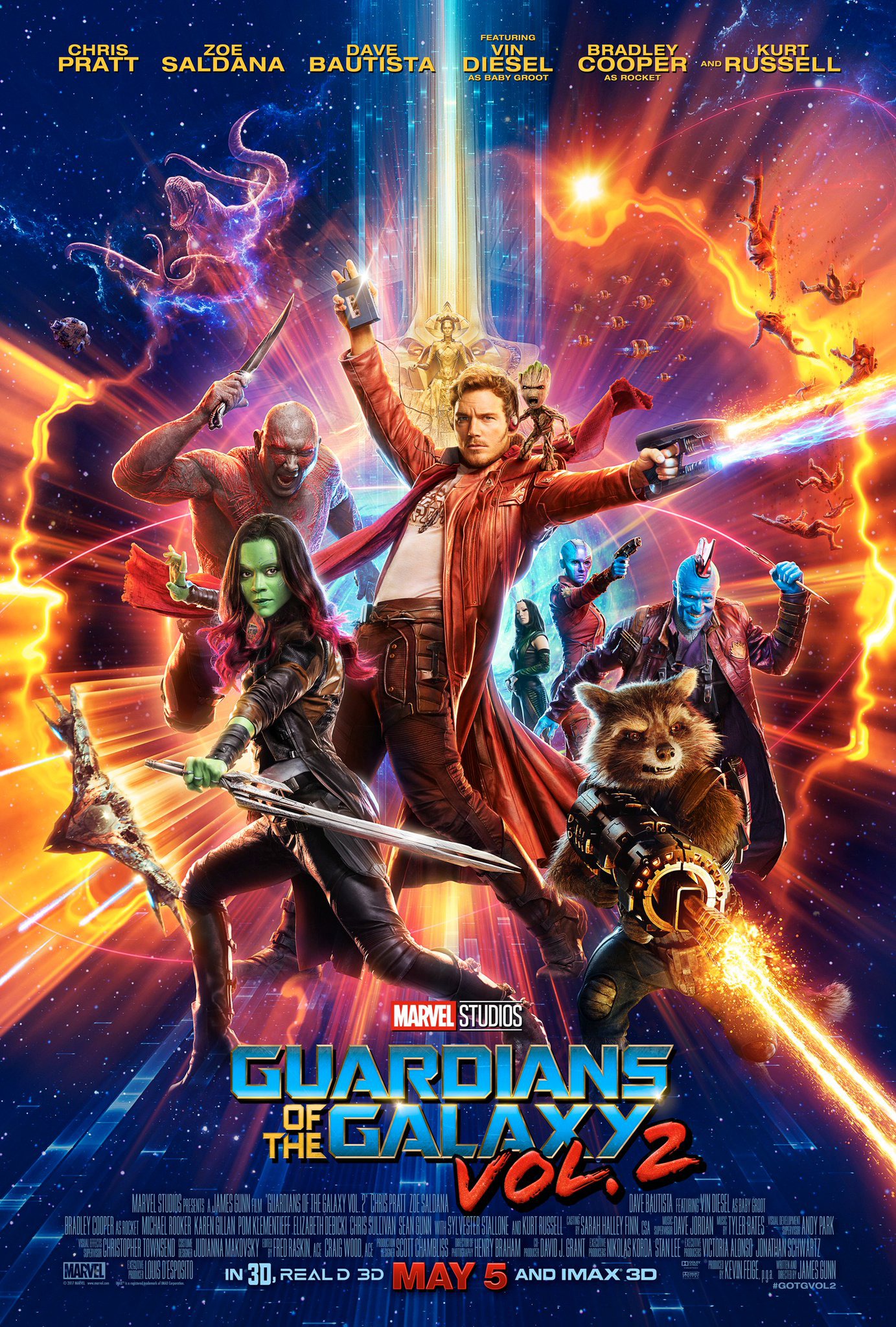 This science fiction sequel lives up to its expectations. Director James Gunn has done it again, he instantly transports us into the bold world of Peter Quill and his fellow guardians which we have already come to love trying to save the world once again. The excellent visuals help mould this story into one of my favourites, the new characters add depth to the previous plot and shed light on some forgotten memories for key characters.

Whilst there is a lot of unnecessary arguments and random humour thrown in I personally associate these moments with these films. The ‘complicated’ relationship between Quill (Chris Pratt) and Gamora (Zoe Saldana) continues, Drax (Dave Bautista) adopts a signature outburst of laughter which breaks silences throughout. Rocket (Bradley Cooper) finally finds himself and finally realises what his meaning is, whilst looking after Baby Groot (Vin Diesel) who’s the cutest and smallest creature in the galaxy. He steals the show with his innocent personality and adorable mannerisms, well done Disney. Secondary characters start to open up and develop, including Nebula (Karen Gillan), Yondu (Michael Rooker) and two new characters Mantis (Pom Klementieff) and Ego (Kurt Russell). All the actors make the characters their own.

This film may not be loved by all the fans of the first, but personally I think the plot if fresh whilst still embodying the iconic moments we associate with these characters. The music is just as incredible, starting off with a classic ‘Mr Blue Sky’ by the Electric Light Orchestra, Tyler Bates the music composer did not fail with creating that signature superhero music which I love!

I want to quickly talk about my recent love for the character Yondu, this space pirate AKA ravager, becomes a heart warming father figure to Quill in this story. He explains all his wrong doings and patches up his life, he is a brilliant character and I’m glad he got an heroic role in this sequel. Lets be honest, Yondu has the best weapon. His sound sensitive arrow which changes direction with the sound of a whistle is so cool. He is a badass, who can effortlessly kill a room full of specific people and not harm himself.

Overall, the actual raw story line is solid. Introducing new characters which spark interest and fill in previous plot holes was a great idea. Each established character keeps their iconic looks and quirks. The CGI is very well put together, creating planets and aliens which could be real. The humour is occasionally childish but overall clever and very well-timed. I enjoyed every minute and I can not wait for a third! Ha!